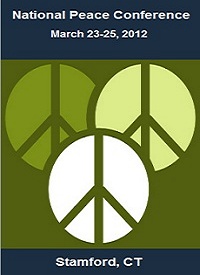 Say No to the NATO/G8 Wars & Poverty Agenda; A Conference to Challenge the Wars of the 1% Against the 99% at Home and Abroad

For $130 you can attend a three-day conference set for March 23-25, 2012 at the Stamford Hilton in Stamford, Connecticut, hosted by the National Peace Conference.

END_OF_DOCUMENT_TOKEN_TO_BE_REPLACED

Believe in Violence and Be Saved

A dozen years ago, before 9/11, before Bush Jr. or the war on terror, Bill Clinton, then in the midst of impeachment hearings, bombed Iraq over a four-day period. Shortly before this act of national distraction, I read an article in the Chicago Tribune discussing, with the knowing, amoral inanity of the mainstream media, the international implications of the pending action.

For me, the article was immortalized by the following pull-quote from an anonymous Jordanian official, which crystallized the cynicism of geopolitics and the way nation-states function: “Look, nobody here likes Saddam, but people will not be happy when they see Iraqi babies dying on TV.”