The concern was that Wired was concealing material to glorify and shield its source, Poulsen’s long-time associate Adrian Lamo, in a way that distorted the truth and, independently, denied the public important context for what happened here. Wired’s release of the full chat logs leaves no doubt that those concerns were justified, and that Wired was less than honest about what it was concealing, writes Glenn Greenwald.

END_OF_DOCUMENT_TOKEN_TO_BE_REPLACED

The Worsening Journalistic Disgrace At Wired 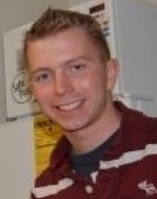 Hero whistleblower, Bradley Manning, remains in US custody for revealing US government crimes.

For more than six months, Wired’s Senior Editor Kevin Poulsen has possessed — but refuses to publish — the key evidence in one of the year’s most significant political stories: the arrest of U.S. Army PFC Bradley Manning for allegedly acting as WikiLeaks’ source. In late May, Adrian Lamo — at the same time he was working with the FBI as a government informant against Manning — gave Poulsen what he purported to be the full chat logs between Manning and Lamo in which the Army Private allegedly confessed to having been the source for the various cables, documents and video that WikiLeaks released throughout this year. In interviews with me in June, both Poulsen and Lamo confirmed that Lamo placed no substantive restrictions on Poulsen with regard to the chat logs: Wired was and remains free to publish the logs in their entirety.