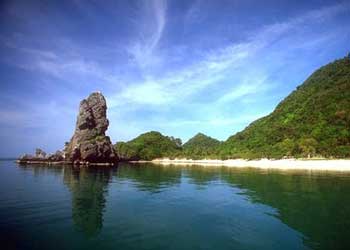 The recent death of a woman in her mid-80s named Boa Sr, the last speaker of a language said to date back 65,000 years, represents the breaking of an extraordinary link to the beginning of human speech, to a time when words were sacred incantations, direct evocations of reality: the equivalent of fire.

Her death also throws light on the far more recent human past, and begs a global — certainly a Western — accounting. Ultimately the only way to move forward is to atone for our history.

I don’t think we can imagine who we can become until we sit in quiet awareness of who we once were. For all the technological prowess of the modern world, we’re a pale shadow of our potential as a species, separated, abstracted from the world in which we live, with the imagination only to continue destroying it.

Boa Sr lived in the Andaman Islands, in the Bay of Bengal. Her native language was called Bo, known to anthropologists as one of the 10 Great Andamanese languages, all with roots going back to the Paleolithic origins of language, the font of language, you might say, when everything was possible.

“To me, Boa Sr epitomized a totality of humanity in all its hues and with a richness that is not to be found anywhere else,” wrote Indian linguist Narayan Choudhary, quoted by Survival International.

When the British found their way to the island chain in 1858, there were some 5,000 Great Andamanese living in 10 distinct tribes, according to Survival International. The goal of the Brits was, of course, conquest and colonization. Indeed, they turned the islands into a penal colony. They brought disease, massacre and “civilization” to the islanders. Many were captured and kept in what was called the Andaman Home. “Of the 150 children born in the home, none lived beyond the age of 2.”

The number of Great Andamanese tribesmen is now at 52 and dropping. Alcoholism is rife, as it is in vestigial aboriginal communities — conquered and “civilized” — all over the globe. This is part of the legacy of colonialism. It’s a living legacy, which is to say, still going on, still actively effecting cultural genocide.

The phenomenon of disappearing aboriginal cultures — and languages — isn’t what I would call sad, in the sense of the cruel, regrettable disappearance of living museum pieces, human keepsake cultures of value to anthropologists and paleo-history buffs. It is something far more dire, akin to the disappearance of the rainforests. If we succeed at paving over the planet’s sources of bio, linguistic and cultural diversity, our creative font of being and understanding, we will have condemned ourselves to a slow (or perhaps quick) death by homogenization, rage and despair.

And what’s needed isn’t mere preservation, in the sense of a rescue effort driven by good intentions. This may not even be possible — not on civilization’s terms, at any rate. What is needed is something far more central to the collective human enterprise. We need to listen: to be open to ways of beholding the world that we, especially in the West, closed ourselves off to millennia ago. I mean these words in as profound a way as it is possible to take them.

“Every extreme position bears the seeds of its own destruction,” writes Glenn Aparicio Parry, “and in taking the scientific method full course, Western science came full circle to a worldview that has been known for millennia in indigenous cultures. That worldview recognizes that everything exists in dynamic flux — everything vibrates — and everything is in relation to everything else.”

What Parry is saying in his excellent essay, “Native Wisdom in a Quantum World,” published by the Institute of Noetic Sciences, is what many people, beginning with the world’s quantum physicists, are coming to discover: We have something to learn from the ancient peoples among us, the ones whose worldviews we regarded with contempt for 500 years and in our ignorance set about stamping out one way or another.

By “learn” I don’t mean “extract.” This goes deeper than collecting their artifacts or putting their symbols in glass cases. At a certain point in human prehistory, some of us stepped, so to speak, out of the creative flux of life and set about the task of dominating it. This effort, which is called civilization, rapidly reaped huge but enormously costly benefits. The experiment has reached its apex. Environmental, political and spiritual catastrophe are our likely future unless we can start doing something different, such as live in relative harmony with our planet and ourselves.

The ones who have been doing this all along have something to teach us about this, if we can ever learn to listen. Just as quantum physicists have been holding dialogues with Aboriginal scientists since 1992, and just as legal professionals, for just about as long, have been adapting Aboriginal concepts of justice, such as healing or peace circles, into a Western context, so should we convene a global circle of listening and exchange with the teachers who have been waiting for us. Boa Sr lives.

4 responses to “Revering Our Roots”