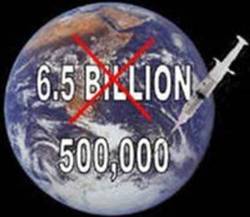 They’re not giving up on vaccines and flu hoaxes. The National Vaccine Information Center provides good information and updates. Also see Vaccine Liberation and Global Vaccine Institute. And check out Mercola’s Vaccine Page. Another site just getting off the ground in 2011 is The Canary Party.

A significant meta-analysis by Dr. Helen Ratajczak appears in the Journal of Immunotoxicology (2011): Theoretical aspects of autism: Causes–A review [pdf]

NVIC has prepared a brochure: If you vaccinate, ask 8 questions

One of our readers suggests you visit the Hippocrates Academy to learn what you can do to reverse vaccine damage.  www.reversingvaccineinduceddiseases.com

Jan. 19 Belgium: Baby Dies After 9 Vaccines in One Day (VacTruth or SOTT)

Jan. 18 Polio Vaccines Now The #1 Cause of Polio Paralysis PrisonPlanet

Jan. 13 Texas airdrops 1.8 million doses of live rabies virus, which only had 830 cases in 2009 (Video by Experimental Vaccines)

Jan. 12 Government Refuses to Release Cause of Tourettes-Like Outbreak In School PrisonPlanet